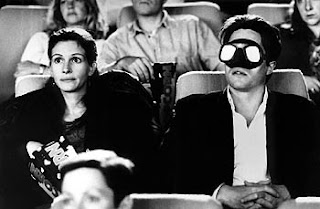 Oneday I went to the DVD shop along with my friend. He has a another problem. He has finished watching most of the good movies, so he has to look for some good movies. Whenever I tried to suggest a movie, he would end up giving a brief review of that movie. At times he could even recall the IMDB rating of that movie as well. He choose a movie, which featured the Julia Roberts in the DVD cover. It was "Notting Hill". I never had seen a movie which had Julia. In addition to that, he took few other Julia's movies. Later he gave that movie with a strong recommendation.

I had a very stressed, unrestful mind after watching those gangster movies. Nightmares were lined up to make my sleep worse. I even 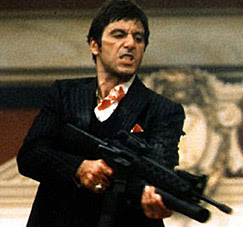 wanted to kill the guys, who reported bugs against me. To come out from the "gangster stress" I finally decided to watch "Notting Hill". It was rather a british movie. I saw a clear difference from the American movies. People in the film, spoke in a very soft manner unlike the Gangster movies. There were humourous simple dialogue gave me some nice relief. That film was about a actress, who fell in love with a simple book shop keeper, played by Hugh Grant. Both of them share a nice relationship through out the movie. Julia Roberts' character is so amazing and I started to love the scenes where she does not want to show her as a well-paid actress.

Hugh Grant's flatmate "Rhys Ifans" does something, that made to laugh. He innocently does something whenever he appears in the screen. I enjoyed the sc 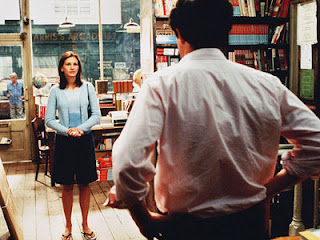 enes in which, Hugh Grant pretends as a reporter comes from the Horse & Hound magazine. Each time he tried to add the word Horse to show others that he comes from that magazine. Simple hilarious car/traffic scenes leads to a simple nice climax of the film. Julia Roberts kept on smiling during the climax scenes. I understood why these fans are so crazy about Julia. I can quarranty you for a 2 hour hilarious session for sure :)
Posted by Vimalaharan at 2:10 AM

Vimalaharan
Hi Friends, welcome to my blog. My ideas would be more towards the Software Engineering, Comics & films. Thanks